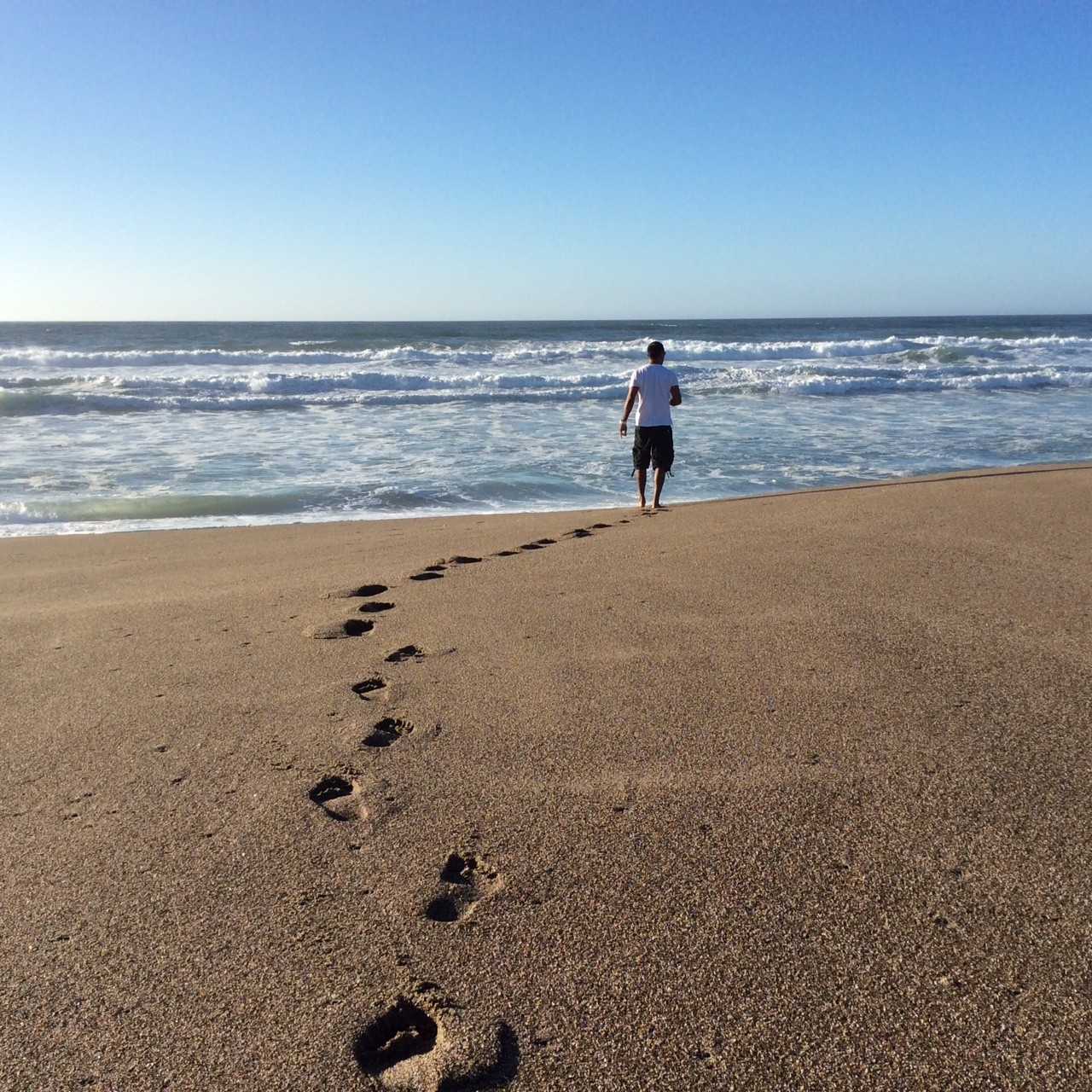 It has been a few weeks now and it has taken me this long to be able to recollect everything and put it in words.

It was a Thursday late morning and I was looking forward to this session. The conditions seemed quite challenging and with the tide being low and the reef showing its teeth, I was hoping for some small barreling sections to open up but it ended being more challenging than I would have ever thought. 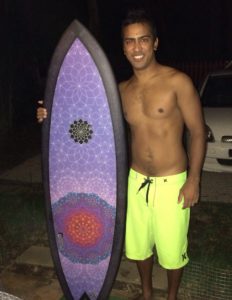 A nice and big south swell was coming in to hit the reef from quite an unusual angle. It was big enough to provide some fat overhead to slightly overhead waves with a small window for the take-off. The wave would grow fat and round along the edge of the reef only to dump some fast sections on the inside. The wind was strong offshore as well, making it even more challenging on the take off as time was of the essence in order to make the sections that were laying straight down the line like maws ready to swallow you.

I decided to go in with my ‘Rasta Torus Twin’ as the walls were quite chunky and the fishy shape would provide more volume on the take off while making the drop even more exciting!

Paddling to the lineup, you could see that each wave was unique in its own way and the bigger ones were dropping a huge section just at the take off zone.

I tested the ground with a medium size wave after the section and everything went quite well. I, therefore, went for a deeper one right before the section. Late take-offs on the critical parts of the wave were what I came for.

I must have taken 5 bombs going down with the section, digging deep into a bottom around the white foam and carving some nice long lines back into the energy zone. That’s where I wanted to be, close to the source and everything was going very well. Being on the twin gave me the power of a pump out of danger when I needed it. I felt very confident; my surfing was improving with each wave.

I looked at the time; another 15 minutes left before I had to go. I had a big grin on face thinking of sharing the tales of this epic session. Another big set was approaching, just in time to be my windfall back to shore. I was happy to go out; there couldn’t be a better way to start the winter season.

As the 3 waves set got closer, I made my move on the first one, as they all looked pretty much the same size. I paddled for it and got swallowed by the section as the wind stalled my board on the drop. I got rolled around, again and again, but still popped up with the same smile on my face. As the second wave of the set approached, I stayed there, on the inside, deciding whether or not I would be bothered to wait for the next set to come.

I turned my board towards the beach and as I went for my first stroke, the wave sucked the water dry off the reef; I was deep inside with no water. My forward motion abruptly stopped as the nose of my board jammed into a piece of reef slightly breaking off the water. As the board stayed in position, I was sent flying into ankle high reef packed water; head first. 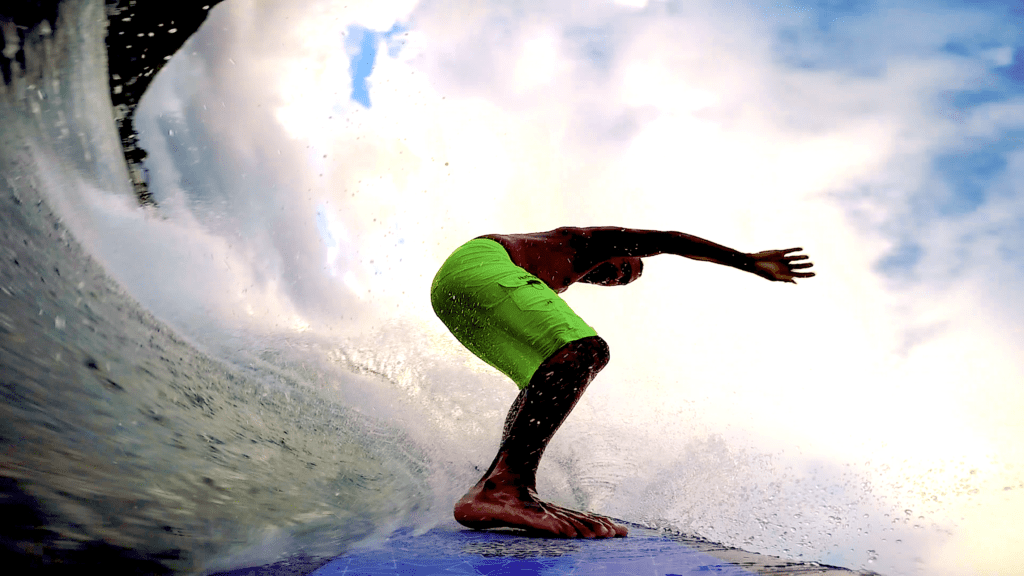 Carving on the Rasta Torus Twin

The top of my skull crashed onto the reef going through the skin like butter. As the hard living piece of calcium carbonate passed the skin, I felt the shattering effect of the reef hitting my skull. A dark glossy image filled up my mind. My head was stuck in the reef with the rest of my body straight up, out of the water. As the oncoming mass of water came into collision with my sticking out body, it twisted the body like an old rag. With the head stuck in between the reef, I suddenly heard and felt a deep crack. The dark image shattered in pieces.

As I lifted my head out of the water, a veil of blood dropped in front of my eyes blinding me for a second. I was losing control and fading out. Everything suddenly was getting blurry; deep inhale, deep exhale, again, again; my vision became sharpened again. My board was by my side, I grabbed it. In that moment, I could feel heaviness in my neck; it felt like it was three times its size. As my right fingers took hold of the rail of the board, a relentless army of ants crawled up and around my arm. It became evident; I broke my neck.

Luckily, as I was paddling for my last wave, I saw my friend paddling to the lineup. I shouted his name but wasn’t looking towards him,  as I kept looking out straight in front of me, and kept shouting his name; I knew I should not move my head. It felt like a lifetime and he finally arrived next to me. I could see that look on his face, the look that tells you that things are not looking good. He said:

‘Paddle, paddle! You need to get out now!’

To which I replied:

‘Impossible, you’ll have to drag me out.’

He nodded. I laid flat on my board, trying not to move my neck at all as I grabbed his leash and he turned the 10 minutes paddle into a ‘2 minutes ‘ one!

Once on the shore I paused, breathed deeply again and thought of a plan of action. From experience stories I heard, I knew the ambulance would be a shaky ride. I wasn’t convinced and I decided to take my fate in my hand. I told my friend:

He neither said yes or no. It was a 5 minutes’ walk along the beach and across the river. As I started making my way along the beach, I heard someone shouting:

‘Get into my van! I’ll drive you to hospital’

I shouted back that I was fine and carried on. The sun was hitting hard and I could feel the blood clotting on my head pulling the hair together. I finally got home and called loudly to my friend:

‘We need to go to the emergencies, now!’ 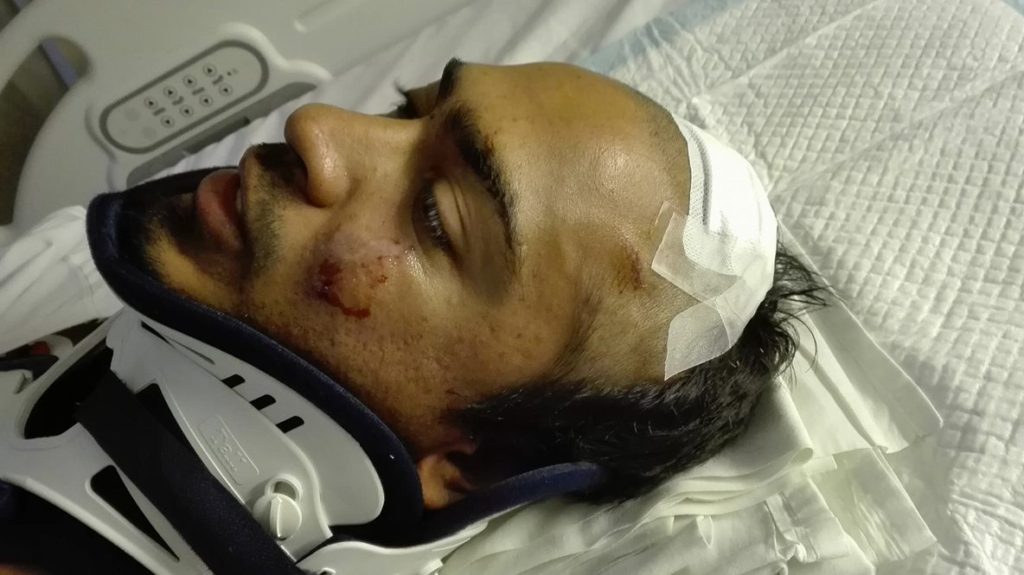 Once at the hospital, I went through a series of scans and tests, all of which made harder by the fact that I was lying down, completely immobilized. It seemed like it took half the day moving from one machine to the other. After a while of waiting facing the ceiling, the intensive care specialist finally appeared in my field of vision. He looked very serious and grabbed my hand asking how I was feeling. He then said:

‘Listen, there is good and bad news.’

After a brief pause he followed:

‘There is no internal bleeding and your skull is not broken so that is very good news; on the other side, your C6 vertebrate is fractured and your C5 has been displaced. So far, there doesn’t seem to be any immediate signs of handicap and we are not thinking of needing any surgery on you for now. We will have to keep you immobilized for a while and see how things progress’.

‘How long?’ I asked to which he replied:

He looked like he was waiting for me to be in shock or something worse but I wasn’t, I was actually pretty happy that no surgery was needed and that I was still alive to tell you the truth.

Thinking about it now the whole thing was a matter of seconds and millimeters. I don’t even know how my board was floating just next to me or why the break didn’t affect the spinal cord. Was walking home just madness? The whole thing was just a blink of an eye and here I was …eight weeks to reflect on everything, what else was there to do?

Check out the second part of my story in Mending the Dream! 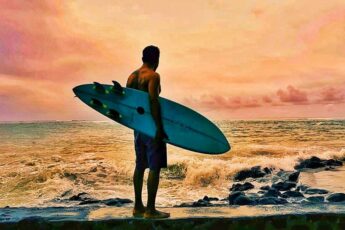 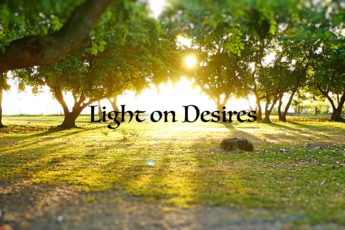 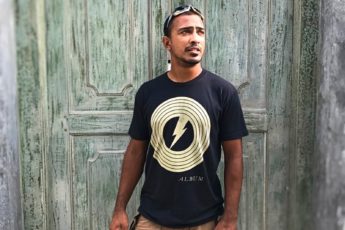