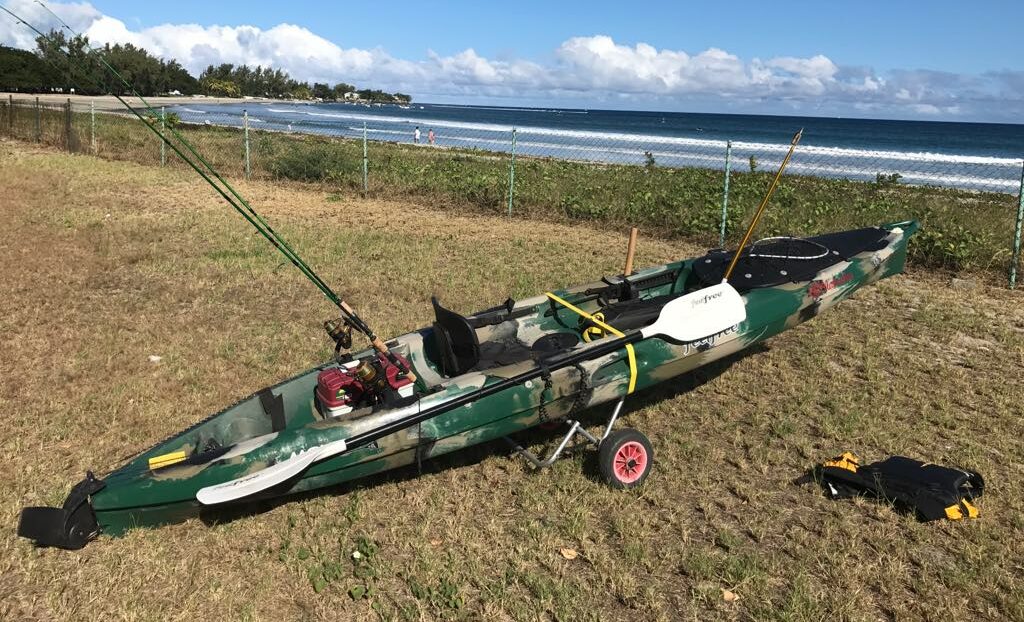 I started kayak fishing as I discovered an eco-friendly way to get and eat fish. But in time, I found that it was far from the image that I had in mind.

There is a large amount of fish caught and sold daily with a large part of it thrown to waste. Kayak and recreational fishing only add to the existing huge pressure on fisheries on a local level.

Let us dive into the subject.

I started having doubts about kayak fishing when I saw the pictures of catches on blogs and online communities. It is disheartening to see so many small fish caught every day; a lot of them were juveniles that would not be able to reproduce at sea.

Despite being a sensible fisherman, I motivate the general crowd to take on fishing in a careless manner. It’s an easy and inexpensive way for many to catch fish and also to boost their pride and manhood.

We tend to look at pictures and videos on social media and replicate it in a brainless fashion. We focus on the end result and do the same without trying to understand the underlying implications.

A functional marine ecosystem has many layers each having its own function and importance. Examples of ecosystems include coral reefs, estuaries, broad ocean, and mangroves, among others.

Each ecosystem has an impact on each other. In fact, coral reefs sustain 25% of marine life despite only representing 1% of the ocean; that is 1% of the ocean that you are fishing into.

Each of the inhabitants of different layers provides an important role in keeping a healthy balance in the ocean. The 25% of marine life in coral reefs will sustain life in the inter-tidal zone. In turn, it will sustain life in the broader ocean, and so on. On top of that, only 10% of the energy from a fish is passed on to the larger predator. This means that you need much more healthy smaller reef fish to sustain the rest of the ocean.

Just as with big game fishing, kayak fishermen practice catch and release. Not only for the sporting factor but also in the hope of acting in a sustainable way. But is it?

The fish you catch and release will most often die due to injuries incurred when fighting for their lives. The three main occurrences of such injuries happen in the following way:

– fish have a protective coating on their bodies which protects them from bacterias the whole way to predators. While handling a fish to remove the hook from its mouth, the fisherman will involuntarily remove that coating. Without the coating, the fish becomes vulnerable to all sorts of attacks.

– just as with divers, fish suffer from decompression sickness. When practicing jigging and other vertical fishing methods, fish that are brought back up will incur internal injuries. This includes fatal ones such as ruptured blood vessels or swimming bladders.

– in general, a fish that is released will generally still die from the severe stress from fighting for their lives.

Catch and release may help reduce the pressure on the marine ecosystem but it is not a solution for sustainable fishing.

Pointing the finger in the other direction

When I talk to fellow kayak fishing enthusiasts about the subject, I often get the same answer. ‘go talk to the big boats’, ‘my impact is very minor compared to fishing trawlers, talk to them instead’.

The truth is that the fishing trawlers and big game fishing operators are putting huge pressure on our oceans. Does that mean you should do the same?

It is true that a kayak fisherman will only catch a few fish when going out. Now, multiply that by the increasing number of fishermen and you will understand the true impact on the ocean.

We all have our part of the responsibility when it comes to protecting our oceans and the environment in general. It is an easy way out to put the blame on someone else back. But this is your planet and doing the right thing today will make a huge impact tomorrow.

In order to better understand why it is pointless to blame others, it is important to look at the wider picture.

Should you stop kayak fishing?

That’s a question only you can answer.

If you are able to do it in a responsible manner, then you are at least showing the right way.

Also, think about the reasons why you are doing it; the ocean is already under huge pressure from fisheries. If you want an ego boost or to have fun go kayak surfing, I promise you will love the adrenaline rush.

So you decided that kayak fishing is for you and that you can practice it in a sustainable way. Here is some simple advice that will help you when you are out on the water:

– do not catch more than you need; a fish in the sea is worth a thousand times one in your freezer;

– follow the rules set by your community or check online for advice on what fish should be released.

– know your fish. Take the parrotfish, it is essential for the health of a reef’s ecosystem. It eats algae that would otherwise cover the reef and suffocate it.

– use fast degradable fishing hooks. If your line or knot breaks, the hook will have a short term effect on the fish;

– pick up as much trash as you can; in the end, they will end up in the fish that you are eating;

– my final and most important advice is GET IN THE WATER! You will never get the true picture by floating on the ocean. Dive down, go snorkeling and open water swimming. Fall in love with the ocean that provides you with up to 85% of the air you breathe and the protein you need. No one will then have to tell you to protect the ocean because you will be a part of it. 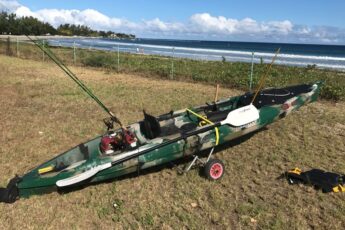 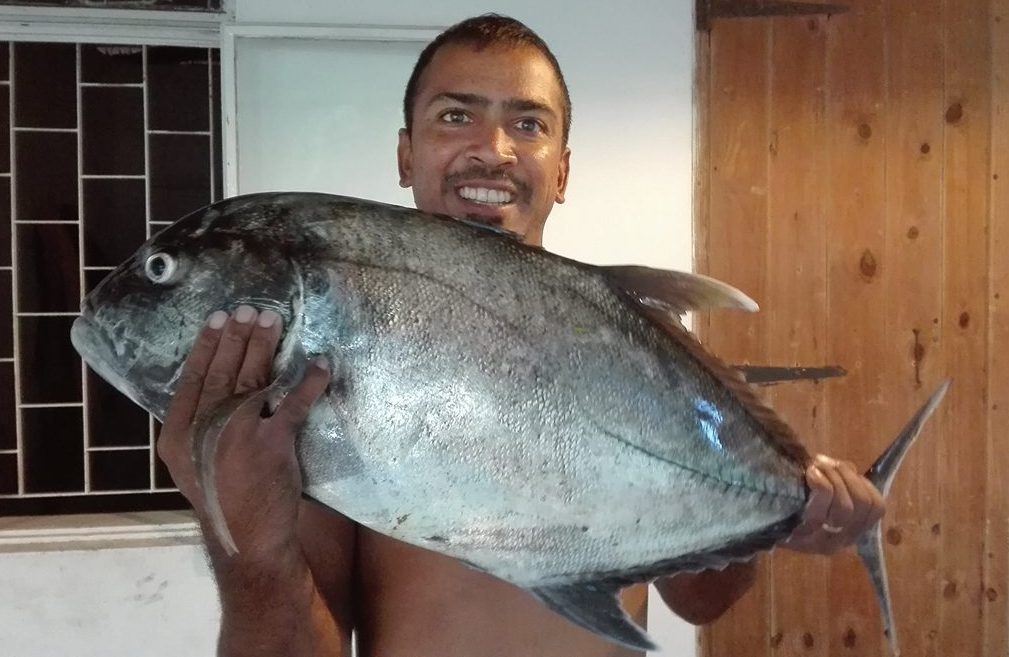